Posted on November 13, 2015 by Milou van Roon & filed under Travel
Saying Minneapolis is only known as the home of the biggest mall in the United States, the Mall of America, would be selling it short. Actually: the city is not just the capital of Minnesota (which is stuffed full with gorgeous lakes), the city also has a great arts scene. If you’ve never been to the Twin Cities, it’s time to change that!

By foot: The best way to get around Minneapolis is said to be on foot. Especially the downtown area which is essentially made to be discovered this way. The Minneapolis Skyway is a system of enclosed heated walkways that enables you to wander through the city without having to walk through the heat, rain or snow.

By bike: Minneapolis is the #2 city in the U.S. for commuting to work by bicycle, according to the U.S. Census Bureau. The city itself has over 200 miles of (on- and off-street) bikeways. No wonder you will find bike-sharing stations scattered just about everywhere throughout Minneapolis. From April to November you can use the bikes that are operated by Nice Ride. It’s also a great way to stay fit! 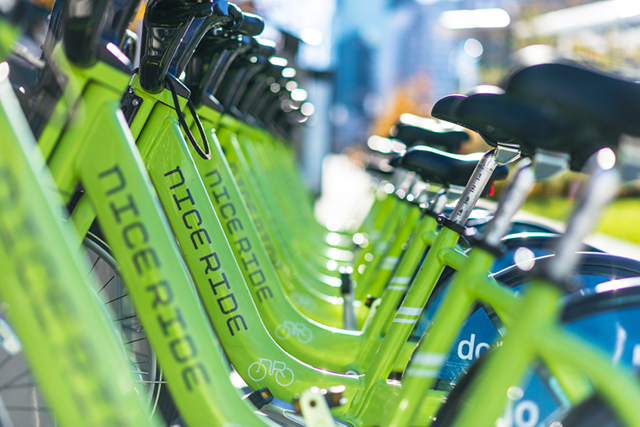 By public transportation: Since most of the attractions are found in downtown Minneapolis, it can be quite expensive to use any other form of transportation other than the ones mentioned above. Minneapolis is serviced by bus or light-rail, there are cabs and also ridesharing services Uber and Lyft operate in the city, just in case you choose to get around this way.

Enjoy yourself at the Mall of America, the largest mall in the U.S. Consider it shopping nirvana as it holds over 400 stores as well as the biggest indoor amusement park in the country. The best way to get to the mall is to take the light-rail. 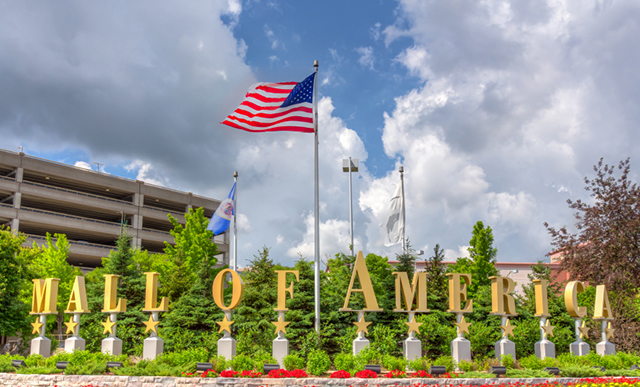 Get your show on! With over 30 theaters, Minneapolis offers more seats per inhabitant than any other city in the U.S., except for New York. The largest theater company is the Guthrie Theater, founded in 1963 as an alternative to Broadway.

Other must-visits are:
- The Minnesota Orchestra: a symphonic orchestra active since 1903.
- Riverview Theater: with its distinct marquee entry, which will make foreign tourists squeal with joy.
- Brave New Workshop Comedy Theatre: the longest running satirical theatre in the US, specializing in political and social satire. 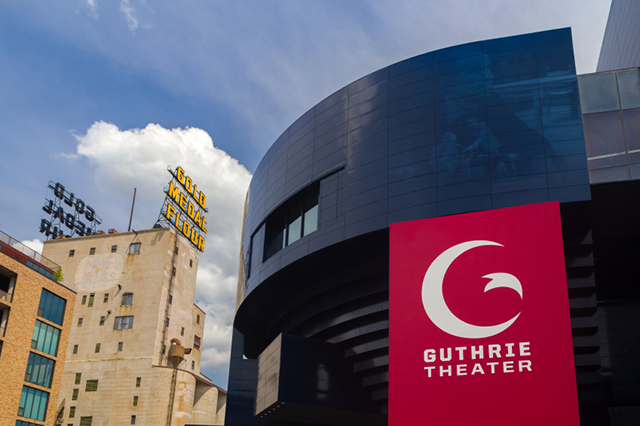 Another option is to attend one of the many festivals held in Minneapolis, like the Art Car Parade in July or the Minnesota Fringe Festival in August. Or maybe the Minnesota State Fair, Pride Parade, Lake Harriet Winter Kite Festival or one of the marathons are more your cup of tea?

Visit downtown Minneapolis during any season! Thanks to the skyways you will not be bothered by the weather. These enclosed footbridges connect restaurants, hotels, offices and the shopping district.

The best pancakes in town are served at the narrowest restaurant in Minneapolis: Al’s Breakfast. Guests move once or twice during their meal to accommodate new guests, since there are only 14 seats. The buttermilk pancakes are well worth the wait. You’ll recognize the restaurant by the line of patiently waiting customers out the door.

Visit the famous art centers and institutes, like the Walker Art Center, the Minneapolis Sculpture Garden or the largest art museum in the city: the Minneapolis Institute of Art. Or give in to your love of lesser-known museums, like the Museum of Russian Art or the Bell Museum at the University of Minnesota. Minnesota is a very cultured city, and it will be easy to spot why. 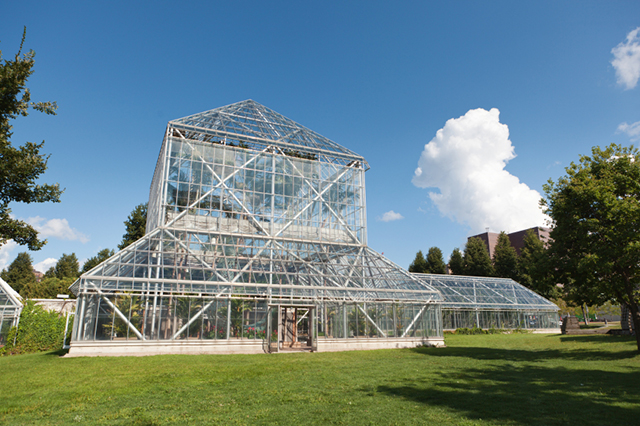 In downtown Minneapolis you will find Hennepin Avenue, dubbed the Hennepin Theatre District. Here you will find theatres, restaurants, shops and event spaces. This part is being turned into THE cultural destination of the city.

Northeast Minneapolis is known for its extensive art community. The community organizes new art shows each month and an annual art crawl in May (Art-a-Whirl). This part of Minneapolis is also known because of its Eastern-European culture. Catch local favorite ‘The World’s Most Dangerous Polka Band’ on Fridays or Saturdays at Nye’s Polonaise Room while enjoying kraut and a cocktail.

Visit First Avenue Nightclub, a former Greyhound bus station. The club has been a career starting point for many artists, including Minneapolis native Prince. You will recognize the club by its 531 stars, commemorating past performers.

June through August is the best time to visit Minneapolis. There are many events and outdoor activities to take part in and the temperatures are about 80 degrees Fahrenheit. Despite winters being freezing cold with plenty of snowfall between November and April, there is still a lot to see and do during these months. And with their covered walkways, Minneapolis is a pro at beating the cold winters.

About the Author: Milou van Roon runs a Digital Media Agency called Explorista Media that is dedicated to making travel brands into online rockstars. She’s hardly ever home in The Netherlands, and regularly abuses the European low cost flights under the excuse of 'blogging about it’ on budget travel blog http://explorista.nl/en/. Be sure to follow her adventures on Instagram (@Explorista).