Driving Ring Road in Iceland: 5 Road Trip Stops Not to Miss in the South

Posted on March 30, 2016 by Eileen Cotter Wright & filed under Travel
Route 1, also known as Ring Road, circles the entire perimeter of Iceland. During the summer, many will take all-terrain vehicles on this adventure to see some incredible natural wonders and scenic towns along the way. Some of the best stops though lie in the south and can be enjoyed any time of year, as the road is well maintained even in winter.

Iceland is famous for its striking waterfalls, some of which take hours to reach by foot. From Route 1, though, you can see the Seljalandsfoss waterfall right from the road. There’s an easy pull-off from the road with a pathway that leads straight to the bottom of the cascading waters. On drier, warmer days, you can hike behind the falls for a unique perspective, although pathways can be slippery. The water reaches heights of 200 feet and is one of the most iconic natural landmarks in the country. 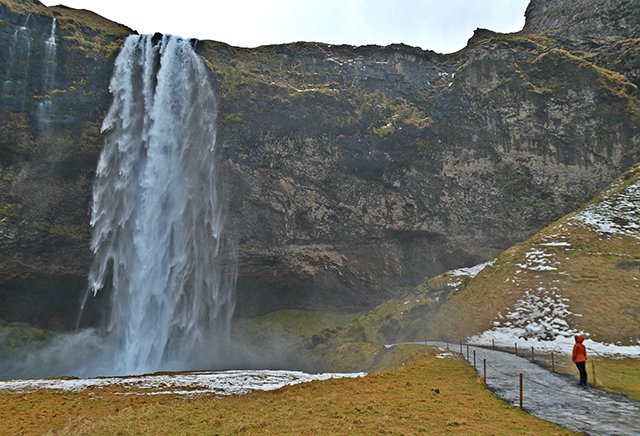 In 2010, this massive mountain erupted with a giant cloud of smoke that covered hundreds of miles of sky. It was so intense that many flights were cancelled, even in the U.K. Luckily, not too much damage was actually done to the landscape in Iceland, and the farm built in the valley next to the volcano still stands. Nowadays, the Eyjafjallajökull volcano makes for a dramatic backdrop behind the farm and is one of the natural wonders in the south to see. From this viewpoint, you can also spot the giant ice cap that covers the summit. 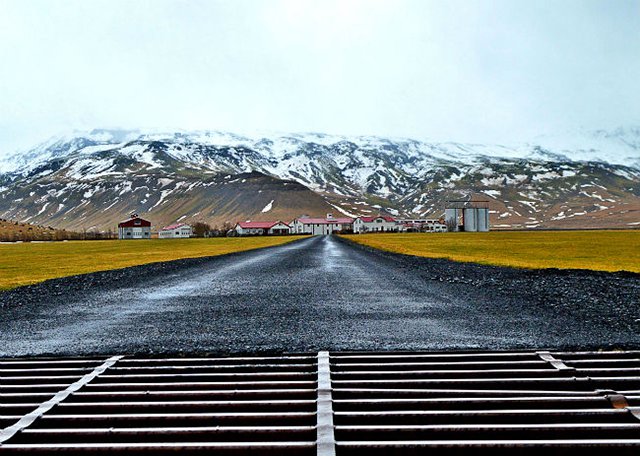 On the opposite of the road a little ways down from the volcano is the famous Sólheimasandur airplane wreckage left from a crash in 1970s. It’s half-buried in black sand and can only be reached via dirt road, so having a hearty vehicle (or good gravel insurance) is advisable to see the plane up close. Recently, land owners have worked to regulate tourism around the wreckage, so there is a chance guests will have to walk roughly 30 minutes to reach the crash site. But photos of the dramatic mountains, sand and even northern lights surrounding it at night can be well worth the trek. 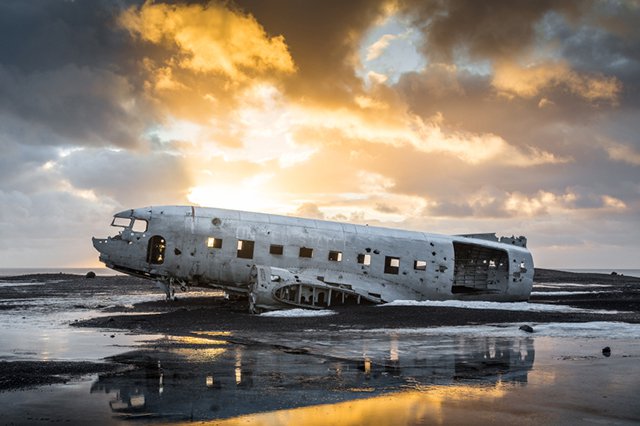 About two to three hours outside of Reykjavik along Ring Road is the small town of Vik. There are a couple hotels, a great burger joint and a picturesque red-roofed chapel atop a hill. However, the biggest draw to this part of Iceland are the dramatic beaches that have crashing waves rolling over coal black sands. Most days it’s super windy and a bit cold, but a walk along the shore rewards visitors with unforgettable views. Some of the cliffs are covered in basalts, which is a strange rock formation that forms large hexagonal rods. Take a moment to visit the Voyages Friendship Statue as well by the beach, which commemorates the lives lost at sea. There’s a sister statue facing this one in the town of Hull in the U.K. across the ocean. 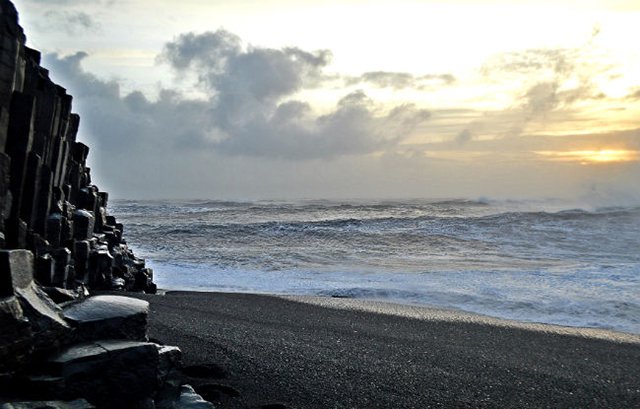 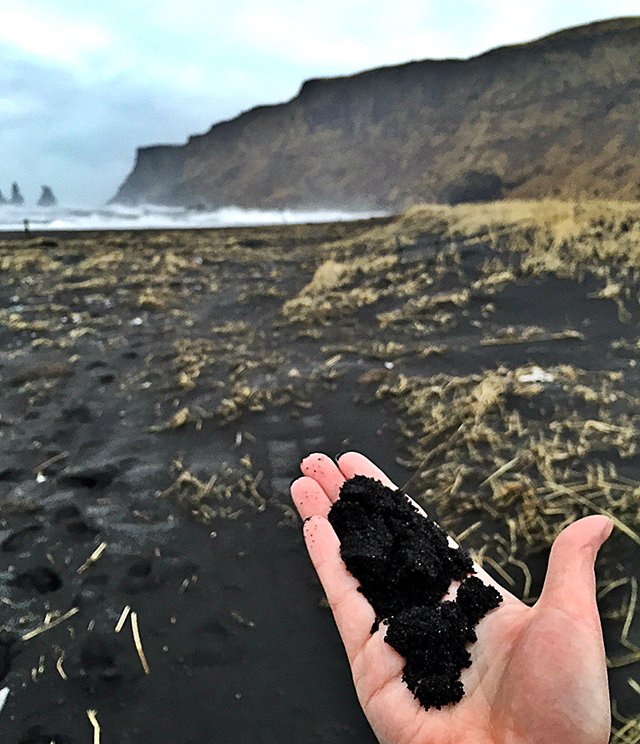 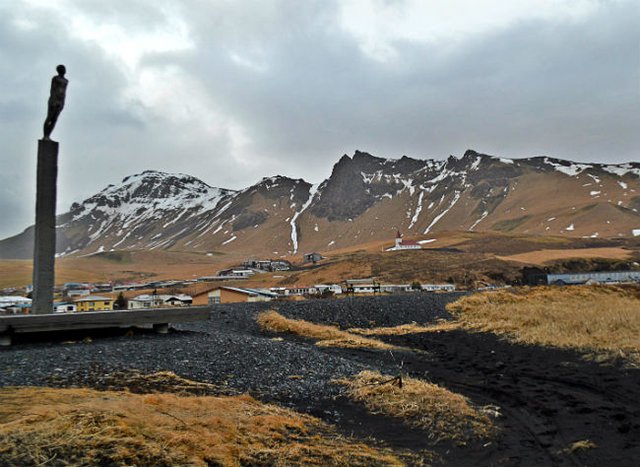 North of the town of Vik is this incredible ice cap that spans hundreds of square miles. It sits on the other side of the Fimmvörðuháls pass, which is between this glacier and the Eyjafjallajökull ice cap. You can venture to this glacier on your own legally, but it’s much safer to hire a tour for the trip, as roads can be slick and covered in ice. There are options for glacier walks as well as snowmobile rides in and around the glacier, depending on the weather and season. This part of Iceland gets nearly 30 feet of precipitation every year. 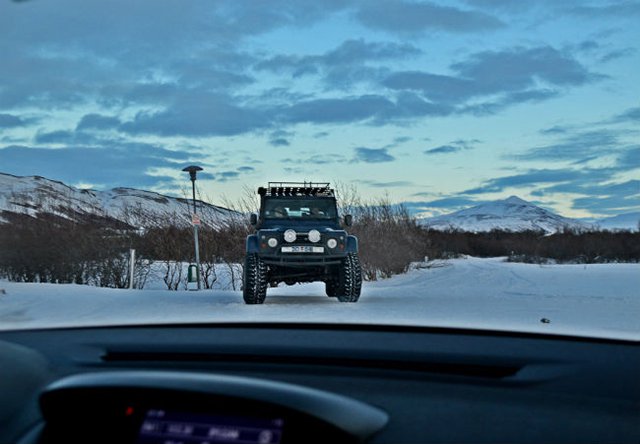 There’s so many other-worldly things to experience in the south of Iceland that will make an epic road trip though this gorgeous country a big adventure!

Ireland's Wild Atlantic Way: 5 Hotspots Not to Miss When You Road Trip