Posted on March 10, 2016 by Scott Josephson & filed under Travel
New England is so much more than sailing, seafood, and a fervent love of the Red Sox. The states that define this spectacular region offer visitors a unique charm, spreading from the streets of its famed cities to the quaintness of its shoreline towns. Consider the overlooked, less trodden roads and put the new back in New England with these five must-visit locations.

Caressing the Atlantic coastline spans the preserved wilderness of Mount Desert Island and the Northeast’s only national park. Witness the first sunrise of the United States atop Cadillac Mountain, over 1,500 feet high with the horizon reaching towards the summit of the Appalachian Trail and as distant as its Canadian neighbor, Nova Scotia. Hike the strenuous Beehive Trail through remarkable forestry or the moderate Great Head Trail for the less arduous adventurer. Don’t forget fido; Acadia welcomes your leashed, four-legged companions. Plan to visit in the autumn months for crisp, colorful leaves across a spectrum of auburn, saffron, and vermillion. 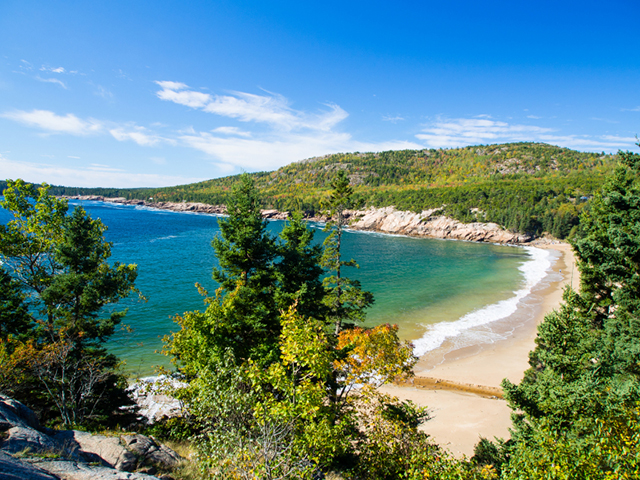 Like many Industrial Revolution epicenters, Manchester continues to evolve with diversity. Catch baseball’s rising stars with a reasonably priced afternoon or evening at Northeast Delta Dental Stadium, home of the New Hampshire Fisher Cats, Double-A affiliate of the Toronto Blue Jays. Stare with bated breath, for the game is afoot at the Currier Museum of Art’s First Folio! exhibition, displaying the original anthology that salvaged William Shakespeare’s major works. Reserve a spot to savor the Zimmerman House, one of the few publicly accessible, residential marvels by visionary architect, Frank Lloyd Wright.

For those craving Old World sophistication without a passport, head to the southern tip of a state small only in size. Play classy tourist exploring The Breakers, the posh, sprawling Vanderbilt family mansion. Raise a glass of Rising Tide or In the Buff Chardonnay, two clever creations from Newport Vineyards. With a tasting room adorned with towering steel fermentation tanks, this family-owned winery hides in plain sight on East Main Road. Descend from your buzz at The White Horse Tavern, delivering wholesome meals and impeccable service in an historic barn dating back to the 17th Century.

More than just a drive-thru city in the Bos-Wash Corridor, Connecticut’s capital is among the most underrated. Within walking distance from its urban center, the XFINITY Theatre is the quintessential outdoor venue (and a favorite of Dave Matthews Band) for music festivals, country acts, and jam bands. Discovering authentic Tex-Mex may seem like an anomaly, but Agave Grill defies skepticism, serving up gastronomic miracles with its fluffy lobster enchiladas and tangy tequila flights. For a special treat, stroll through verdant Bushnell Park before touring the majestic, gold domed State Capitol Building. 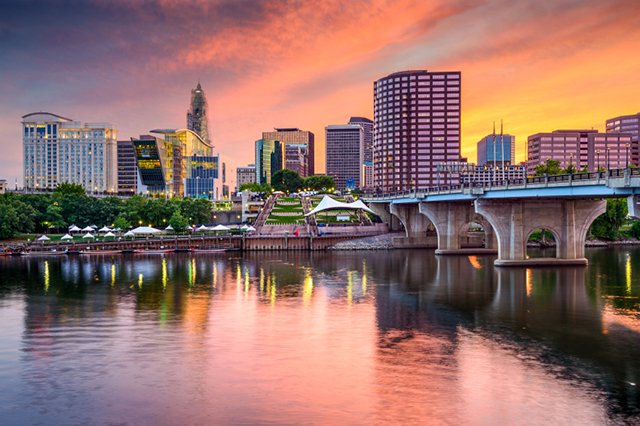 Far from the revolutionary streets of Boston rises the rambles of Western Massachusetts. The relaxed culture of the Berkshires is most palpably audible in the hamlet of Lenox, Summer retreat of the Boston Symphony Orchestra and its contemporary cousin, the Pops. Celebrate Independence Day in jubilant song with James Taylor or revel in familiar cinematic themes and celebrity cameos at the annual Movie Night. Pick up a gourmet picnic basket for sips and nibbles on the expansive lawn for a sonic evening under the stars you won’t soon forget.

No matter the season, the color and warmth of these New England escapes await you!

About the Author: Scott Josephson is a New York based writer who has visited all 50 States. His passion for music inspired him to drive to Graceland and the Rock and Roll Hall of Fame. His next goal is to visit all seven continents. When he’s not on the road, Scott enjoys reading mind-bending science fiction, attending concerts, and drinking cider.

The 10 Most Jaw-Dropping Hiking Destinations in the U.S.

See you Later Gator: What It’s Like to Go Swamp Boating in New Orleans