Posted on November 17, 2015 by Jessica Buck & filed under Travel
Landmarks, icons, monuments... they all define certain cities, countries and even continents. They in their own right make some places worth seeing, and most become symbols of their destinations without even meaning to. What happens when you ask a travel blogger to give you the lo-down on the best landmarks in the world? You get a top notch list of some wanderlust-inducing destinations from all corners of the globe…

1. Statue of Liberty, New York, U.S.A.
Perhaps one of the most famous sculptures in the world is the neoclassical Statue of Liberty located in New York Harbour just off the banks of the city. A gift from the people of France to the United States, the 93 meter tall statue was erected in 1886 and is inscribed with the date of July 4th 1776, marking the American Declaration of Independence. An iconic symbol of freedom, the Statue of Liberty is recognized the world over and is one of the best representations of the United States. Visitors can see the Statue at any time and the site is now one of the world’s most notorious selfie spots! 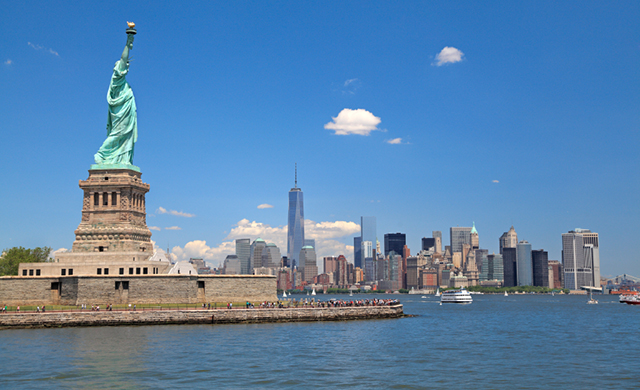 2. Opera House, Sydney, Australia
Opened by Great Britain’s Queen Elizabeth II in 1973, the Opera House is a multiple performance venue showcasing some of the biggest productions in the world and is located on Bennelong Point in Sydney Harbour. The venue is one of the single most popular tourist destinations in the whole of Australia, attracting on average of over seven million visitors a year. Named a UNESCO World Heritage Site in 2007, the Sydney Opera House has earned its place as one of the most distinctive buildings on the planet. Visit the Opera House anytime to marvel at its grand exterior or book your tickets to a show or concert well in advance to see the incredible building from the inside. 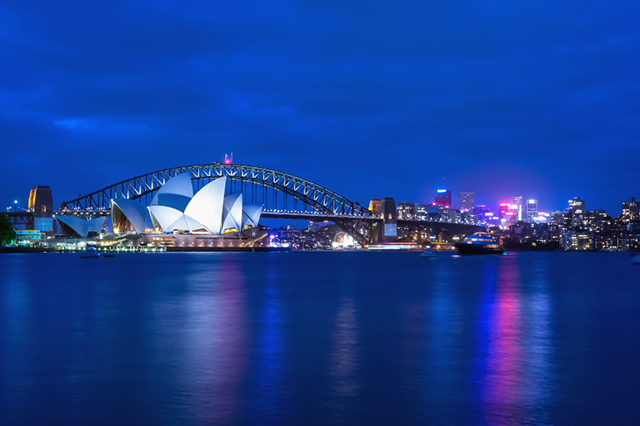 3. Westminster Abbey, London, United Kingdom
A trip to London isn’t complete without a stop at the beautiful Westminster Abbey, located next to the Houses of Parliament, Big Ben and The Palace of Westminster in one of the most visited areas of the capital. Founded in 960, the Abbey is one of the oldest buildings in England and has been used for burials, weddings and commemorations of monarchs, lords and important British figures for centuries. Declared a UNESCO World Heritage Site, the stunning Gothic-style Church has been host to an array of Royal Weddings for over 1,000 years (hello Kate and Wills!) and is one of the most visited tourist attractions in the U.K. Visitors are recommended to book their tickets online in advance to avoid disappointment and beat the queues! 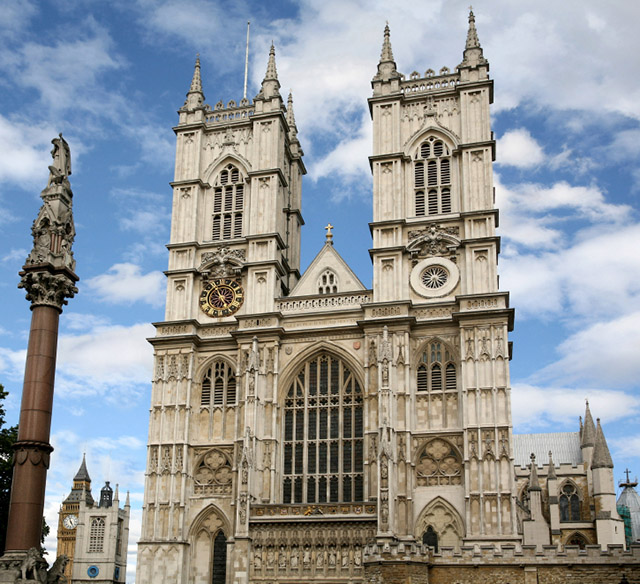 4. Taj Mahal, Agra, India
Located in the city of Agra on the banks of the Yamuna River lies one of the most recognized temples in the world. Building first began in 1632 when the white marble Taj Mahal was to be used as a tomb for Mughal emperor Shah Jaha’s wife after her death. Renowned as the ‘jewel of Muslim art in India,’ the Taj Mahal is one of the most celebrated landmarks on the planet and represents India’s rich history. Attracting over 3 million visitors a year, and named one of the New7Wonders of the World in a Millennium project, the Taj Mahal can be visited any time of year and has been declared a UNESCO World Heritage Site since 1983. 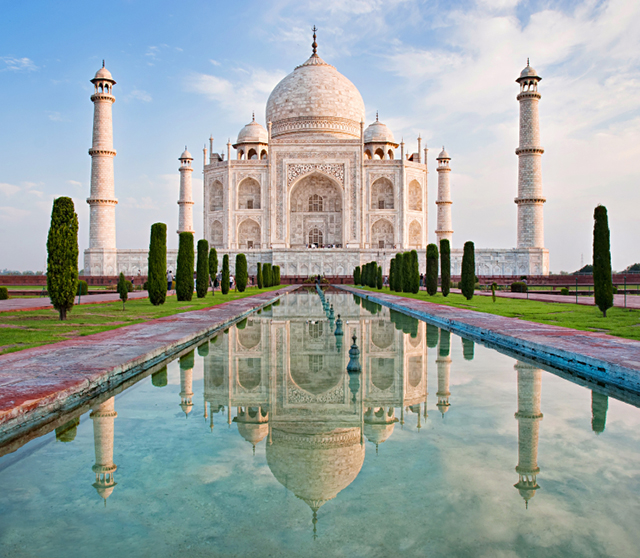 5. Grand Canyon, Arizona, U.S.A.
At 277 miles long, 18 miles wide and over 6,000 feet deep, the Grand Canyon is a world famous natural wonder carved by the Colorado River in the American state of Arizona. With almost two billion years of geological history, the Canyon is split into four areas and can be visited all year round. Tourists flock from all corners of the globe to visit the Canyon, with the most popular sector being the South Rim. All visitors are encouraged to soak up the historic atmosphere and enjoy the incredible panoramic views across the site. There are a range of tours available from jeep excursions, hiking, bus and river tours or, for a once in a lifetime adventure, hop on a helicopter and fly across the vast canyon for breath-taking aerial views. This National Park and UNESCO World Heritage Site is a must on EVERYONE’S bucket lists!

6. Machu Picchu, Machu Picchu, Peru
Located almost 8,000 feet above sea level in the Cusco Region of Peru, Machu Picchu is a 15th century archaeological mountain site widely renowned for its world famous Inca Trail. Positioned on a mountain ridge above the Sacred Valley, it is believed that Machu Picchu was built for the Inca Emperor Pachacuti who reigned from 1438-1472. Tourists flock from all corners of the globe to take on the challenge of the Inca Trail, a 4-day cultural hike across the region complete with forests, mountains and the old ruins of the site as well as breath-taking scenery. It is worth knowing that, in order to maintain the site’s integrity, tourism is restricted to just 2,500 visitors per day with an average of 912,500 visitors allowed per year. Declared a Peruvian Historical Sanctuary and a UNESCO World Heritage Site in 1981 and 1983 respectively, Machu Picchu attracts a multitude of tourists each year and is an absolute MUST for keen hikers! 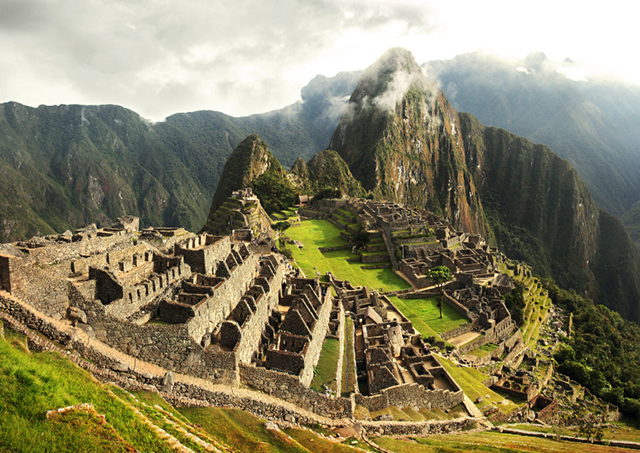 7. St. Peter’s Basilica, Rome, Italy
Located within Rome’s stunning Vatican City, St. Peter’s Basilica is a 16th century Catholic Church and is referred to as the most famous piece of Renaissance architecture and the largest Church on the planet. Sculpted by the great Michaelangelo and decorated with marble columns, dazzling gold statues and tonnes of angelic paintings, St Peter’s is widely regarded as one of the holiest places to have ever existed. According to Catholic tradition, the Basilica is the site where the first Pope and Bishop of Rome are buried and its even the burial site of its namesake St. Peter, one of Jesus Christ’s disciples, where history suggests that St. Peter’s tomb is located just below the altar of the Basilica. A staggering 11 million tourists come from all over the world to visit the Eternal City’s religious landmark year after year. 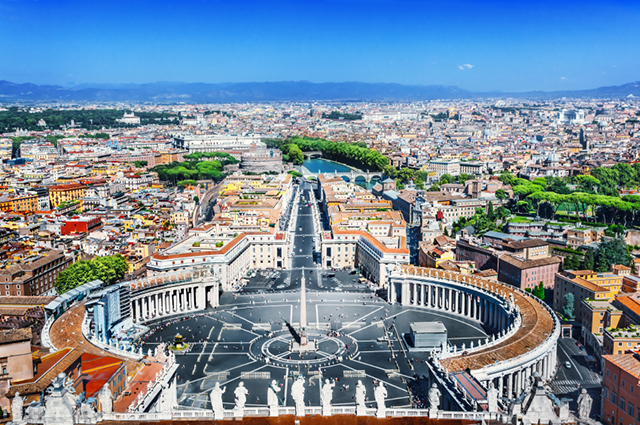 8. Eiffel Tower, Paris, France
One of the most iconic landmarks in Europe, the Eiffel Tower lies at the heart of the French capital of Paris. Completed in 1889 the iron lattice structure is 324 meters tall and stands proudly over the city; with three levels for visitors there are two restaurants and an observatory viewing platform to enjoy. Visitors make their way up to the top of the tower for the most spectacular views across the city and it’s argued that after dark is the best time to visit, when everything as far as the eye can see is lit up and glittering. Every evening each hour on the hour the tower is adorned with a golden covering which sparkles for five minutes and makes for the most beautiful sight! 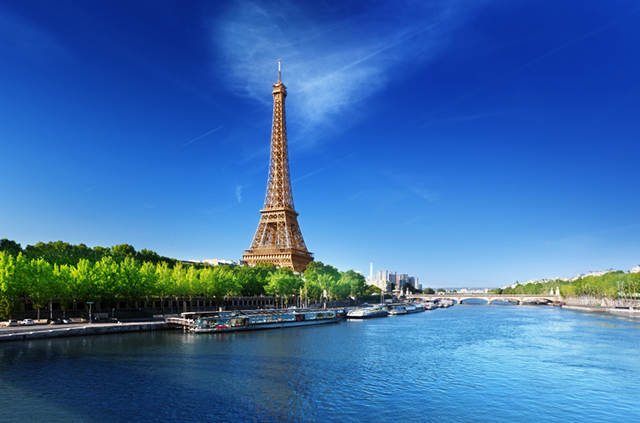 9. Victoria Falls, Zimbabwe, Africa
One of Africa’s greatest landmarks and most visited tourist attractions is the spectacular Victoria Falls which lies on the Zambezi River. The river itself is the fourth largest in Africa and defines the border between Zimbabwe and Zambia. With a height of over one hundred meters and a length spanning more than a kilometre, Victoria Falls is considered to be the largest and most powerful waterfall on the planet. Nowadays the Falls are a UNESCO World Heritage Site and are visited by hundreds of thousands of tourists year after year. The best time to visit is between March and April during peak flood season when water levels are at their highest and the Falls can be seen in all their glory. Most guided tours are offered either by boat, air or on foot depending on the season and the water levels allowing visitors to experience the sheer beauty of this awesome force of nature from all possible angles. 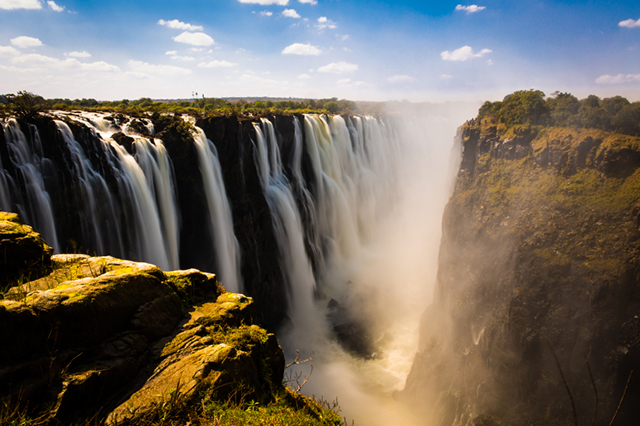 10. The Great Wall, China
With a 2,000 year old history, and a length stretching over 13,000 miles, the Great Wall of China is one of the greatest wonders of the world. The Wall is made up of a series of stone, brick and wood fortifications built to protect the Chinese states and empires against invasions. History tells us that parts of the Wall date back as far as 7th Century BCE, when building was said to have first began. The Wall spans an enormous distance across China, from the east to the west, starting in Dandong and finishing in Lop Lake passing the southern edge of Inner Mongolia along the way. Due to its extensive history, some parts of the Wall are now disappearing although it is still widely regarded as one of the most popular tourist destinations on the planet. Listed as a UNESCO World Heritage Site, the Wall attracts around 10 million visitors annually, with its rich cultural significance and its architectural glory captivating visitors from all around the world. 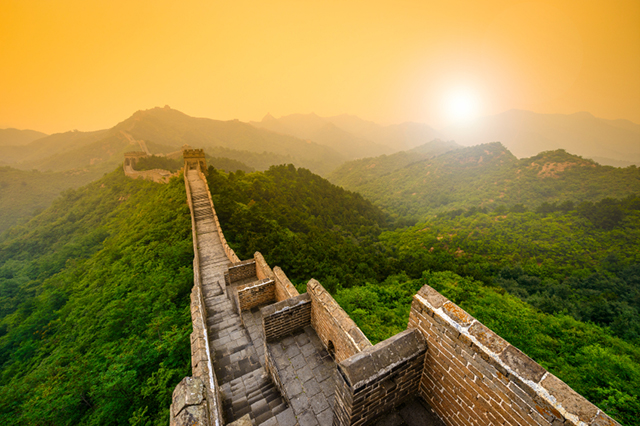 7 Things to Experience in India That Aren’t the Taj Mahal
Tags: