Posted on March 04, 2016 by Jessica Buck & filed under Travel
Natural wonders, icons and landmarks; they are often the defining points of cities, countries and even continents. They can become symbols of their destinations and a reason for an increased tourism boom, especially if there are special events occurring! What happens when you ask a travel blogger to give you the lowdown on the best landmarks in Europe? You get a top 10 list of some wanderlust-inducing destinations from all corners of this cultural continent…

Built in 1806 over a 30 year period, the iconic Arc de Triomphe stands 162 feet tall and is located proudly in the center of Paris, at the western end of one of the most famous streets in the world, the Champs-Elysees. The triumphal arch was designed to honor soldiers who fought for France during the Napoleonic Wars and, poignantly, their names are inscribed in the vault underneath the arch. The Arc is considered the focal point of the city's history and visitors can climb the 40 steps to the top for incredible panoramic views across the busy Champs-Elysees street below! 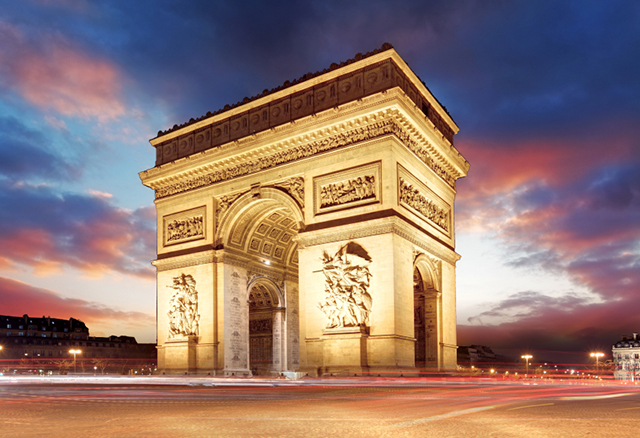 Also known as the Flavian Amphitheatre, Rome’s most impressive landmark is a sandstone oval auditorium in the center of the city. Construction began as far back as 72 A.D. under the reigning emperor Vespasian and was completed in 80 A.D. under his successor Titus. The Colosseum showcased gladiatorial contests, classical dramas and famous battles during its usage as an entertainment arena in the early medieval era and could hold up to 80,000 spectators. Today, the Colosseum is one of the most visited tourist attractions on the planet allowing visitors to view the interior of the amphitheatre and explore one of the greatest buildings of all time up close. 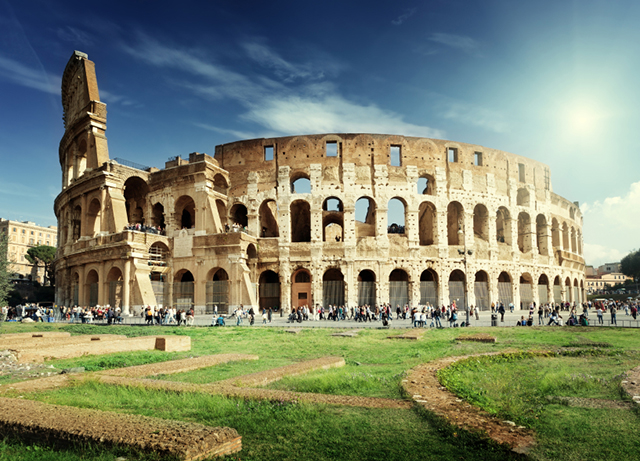 Originating as far back as the fourth millennium B.C., this cultural landmark at the center of the Greek capital is located 150 meters above sea level. It is widely known that the Acropolis holds the remains of many ancient buildings, most notably The Parthenon Temple, which is dedicated to Athena, the Goddess of Wisdom. Listed as a UNESCO world heritage site, the Acropolis is visited by thousands of tourists year after year thanks to the amount of history and culture that there is to uncover at this fantastic landmark. 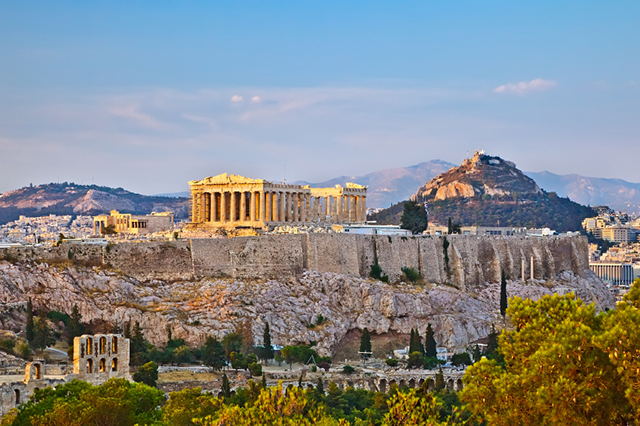 Big Ben and The Houses of Parliament, London, England

With history dating back to the 19th century, Big Ben is perhaps one of the most famous symbols of Europe and the UK. The monument takes its name from the bell tower which chimes on the hour every hour. Situated on the banks of the River Thames in Westminster, Big Ben stands 96 meters tall and is surrounded by the Houses of Parliament, home to the official UK government. Unbeknown to most, the monuments’ official name is actually the Elizabeth Tower after it was renamed in 2012 in honor of Queen Elizabeth II’s Diamond Jubilee. Although not open to the public, a visit to London isn't complete without stopping by for a Big Ben selfie! 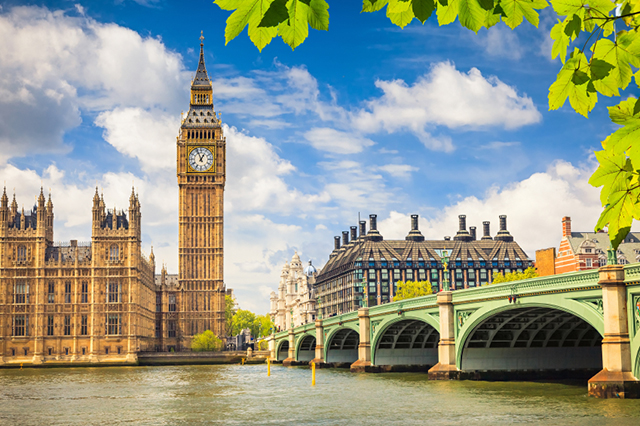 One of the most well-known basilicas in Europe is Antoni Gaudí’s masterpiece, La Sagrada Familia, which is still unfinished even after its initial construction in 1882. Listed as a UNESCO World Heritage Site, this stunning Roman Catholic Church is due to be completed by 2028. The architecture is incredibly intricate and the grand interior boasts beautiful ornate stain glassed windows. Once building is finally completed, the Church will have three grand façades: the Passion façade to the West, the Nativity façade to the East and the Glory façade to the South. Tourists can climb 65 meters to the top of one of the eight completed towers for fantastic panoramic views across the city. 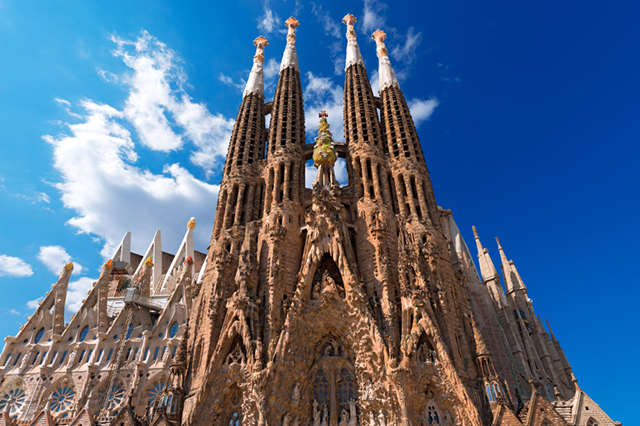 The famous Leaning Tower of Pisa is one of the most photographed monuments in the world. Construction began in 1173 and spanned 199 years, yet all those decades of building still couldn’t rectify the overwhelming tilt that ran through the tower! The tilt occurred when the foundations looked to be inadequate and couldn’t support the tower’s weight, gradually worsening over time before it was completed and the tilt was corrected in part during the 20th and 21st centuries. Tourists flock from all over the world to grab a photo with the tower, and for good reason as it makes for an epic landmark selfie! 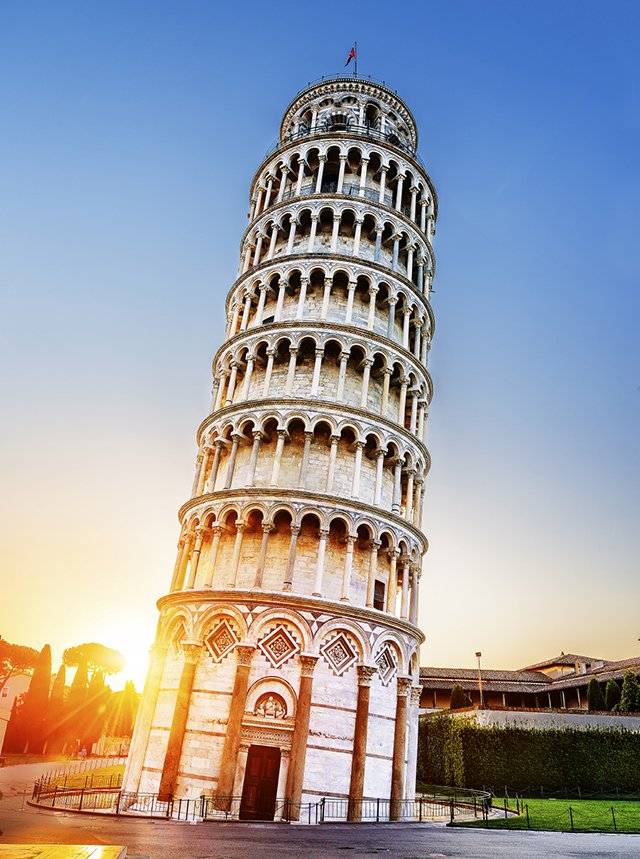 Steeped in history, this iconic symbol of war is a neo-classical triumphal arch located next to the Berlin Wall in the center of the German capital. Made famous by its part in both world wars, work was commissioned by King Frederick William II of Prussia in 1788. The Gate was formerly used to represent the separation of the city between East and West Berlin, but it is now a symbol of unity. After suffering heavy damage in the Second World War, restoration works took place at the turn of the millennium and the Gate is now one of the biggest tourist landmarks in Europe. 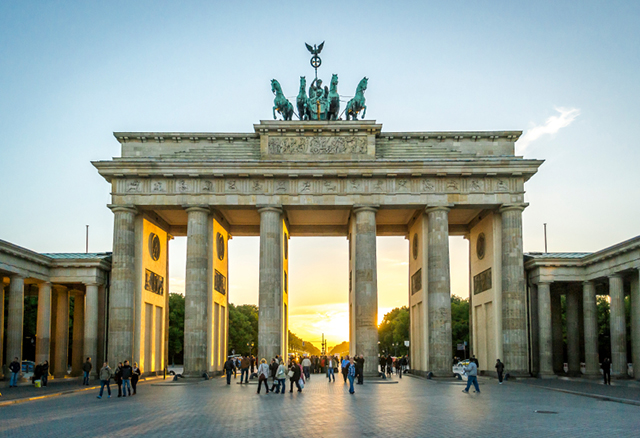 Although just a little over 100 years old, the Hungarian Parliament building is arguably one of the most impressive pieces of architecture in Europe. Displaying magnificent Neo-Gothic, Renaissance and Baroque styles, the building stands 96 meters tall, boasts 691 rooms and its staircases span an enormous 20 kilometers. Construction began in 1885 and the building was fully completed in 1902 after it was inaugurated on the 1000th anniversary of Hungary in 1896. Tourists visiting the third largest Parliament building in the world must participate in a guided tour to discover operational parliament rules and see the majestic Main Staircase and the Hungarian Coronation Jewels. 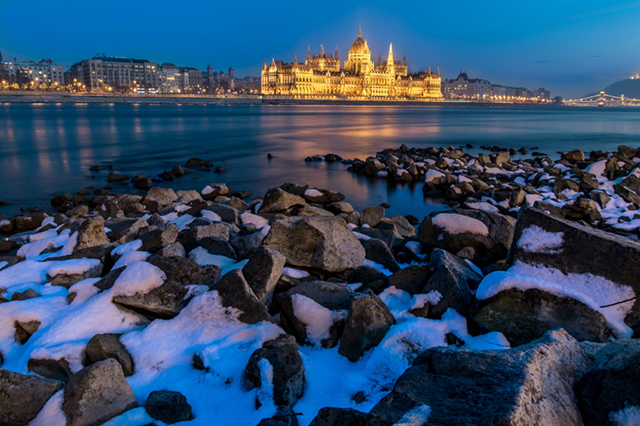 Widely known as one of the most famous churches in Europe, St. Basil’s Cathedral is located in the center of Moscow’s Red Square and is perhaps Russia’s most famous landmark. The building has an unusual shape with its bonfire flame design, and there are eight side churches all arranged around the ninth central church of Intercession, with the tenth church erected over the grave of St. Basil in 1588. The church was removed from the Russian Orthodox community in the late 1920s during the Soviet Union’s anti-theist campaigns and has remained property of the Russian Federation ever since. Today, this building is listed as a UNESCO World Heritage Site and largely operates as a museum, although it is used on occasion for services by the Russian Orthodox Church. 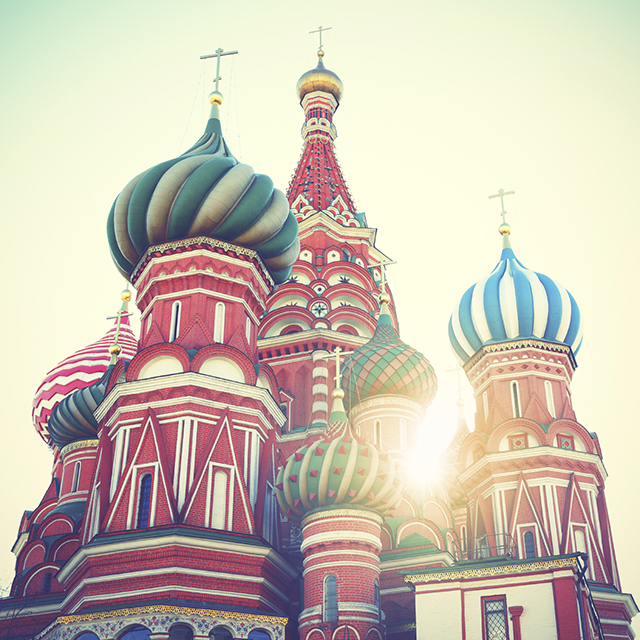 Located in the picturesque County Antrim, on the northeast coast of Northern Ireland, the Giant’s Causeway is the result of an ancient volcanic eruption and is made up of over 40,000 interlocking basalt columns. Surrounded by the Atlantic Ocean and flanked by a dramatic landscape, the Giant’s Causeway was declared a UNESCO World Heritage Site in 1986, a national nature reserve in 1987 and was labeled the fourth greatest natural wonder in the UK. Visitors can hike along the cliff top nature trail or climb the Shepherd’s Steps for breath-taking panoramic views of the stunning Irish coast. 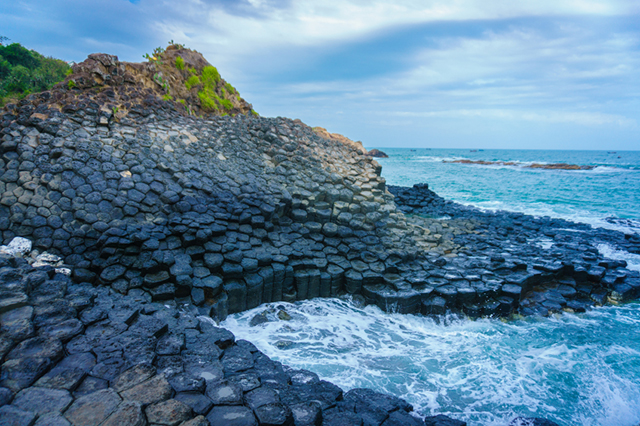 2018 U.S. National Park Bucket List: What to See at the Top Parks
Tags: