Posted on November 03, 2015 by Milou van Roon & filed under Travel
Washington D.C.: the capital of the United States of America and a must visit for anyone from the U.S. Both the state of Maryland and the state of Virginia donated land to form the federal district and let’s just say the president has a hometown unlike any other in the country.

The best manner of transportation in Washington D.C. is the metro. While it isn’t as extensive as the metro in New York, Paris or London, there are stations at most of the sights and attractions. It’s a clean and safe way to navigate the city.

Washington D.C. also offers their own bike share program, Capital Bikeshare. With over 3,000 bikes available at more than 350 stations, grabbing a bike is easy and convenient. You can use the bikes for 30 minutes at a time and for visitors, the $8 24-hour pass or the $17 three day pass is most likely going to be your best option.

Seeing the city by foot is another option, but just keep in mind that things might not be as close as they seem. Taxis are also easy to find and ride sharing services Uber and Lyft both operate in the city.

You cannot skip the White House during your visit to Washington D.C., since it is undoubtedly the most iconic building of the city and probably even the entire country! It’s not a pop in and out kind of deal if you want to tour the inside of the White House. Submit a request to your member of Congress (for American citizens) or your embassy in D.C. (for foreigners), up to six months in advance, but no less than 21 days in advance. 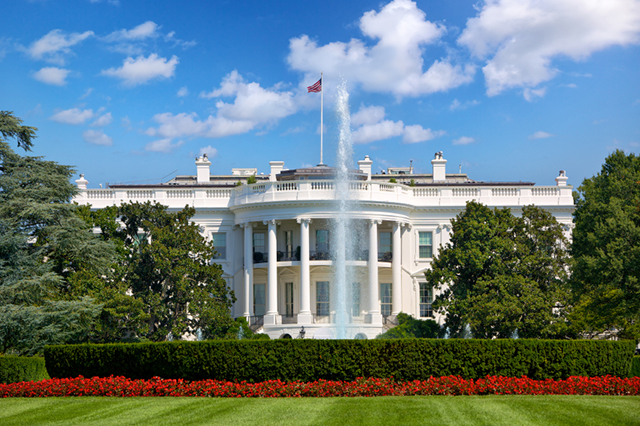 The National Mall is an enormous park where you’ll stumble upon lots of monuments. The park also connects the White House to the Capitol. A few of the monuments that can be found at this park, are:

The sheer size of these monuments might just be the most astonishing thing about them (aside from their meaning, of course). It’s a humbling experience to have a larger than life Abraham Lincoln stare down at you at his monument. Talk about a way to get you thinking about American history!

Washington D.C. is filled with museums, attractions and sights that will keep you busy for longer than you have time for. Most of these you can visit for free and are open seven days a week.

Family Fun Fact: Be sure not to miss The Smithsonian, it’s not only a wonderfully fascinating museum, it’s also where they shot Night at the Museum 2: the Battle of the Smithsonian.

Chinatown is a small neighborhood consisting of about 20 Chinese and other Asian restaurants and businesses. This neighborhood is known for its Chinese New Year festival and their million dollar Friendship Arch representing the friendship between Washington D.C. and its sister city Beijing. 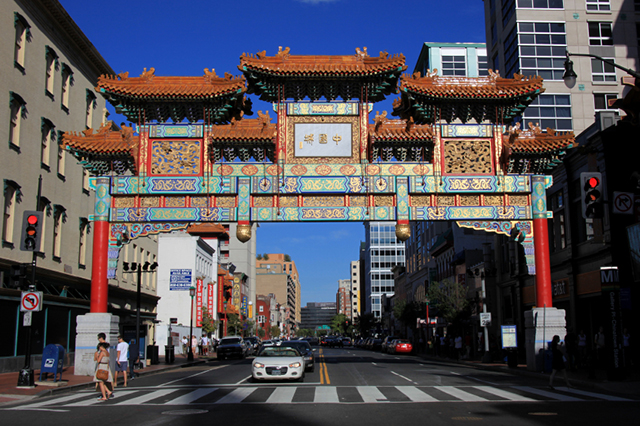 The Blair House is the official state guest house for the President of the United States. This is where guests of the president reside during their stay. During their stay at the house, Blair House flies the flag of the visitor’s home country.

Georgetown is home of the University of Georgetown and is also where you will find the oldest unchanged building of Washington D.C., Old Stone House, built in 1765. This neighborhood is the place to go to spend your evening as it is filled to the brim with restaurants, cafes and bars.

Adams Morgan is a culturally diverse neighborhood and is an important night life area in the city. Go here to sample dishes from all over the world. It’s also very Instagram-worthy with all its colorful buildings.

Looking for a break from history, politics and architecture in the form of nature? Visit one of the parks, like the Rock Creek Park on the north side of the city. This is a great place for biking, walking or fitness. There are also many parks along the Potomac River and just outside of the city you’ll find the Great Falls National Park. This is where you can visit the Great Falls of Potomac, an impressive and spectacular natural landmark.

To celebrate the arrival of spring, the people in Washington D.C. organize a three week cultural festival every year: the National Cherry Blossoms Festival. Over 3,000 colorful trees are admired by more than 1.5 million visitors. The festival also represents the bond between Washington D.C. and Japan, as cherry blossom is an international symbol for Japan. The festival is held around March and April. 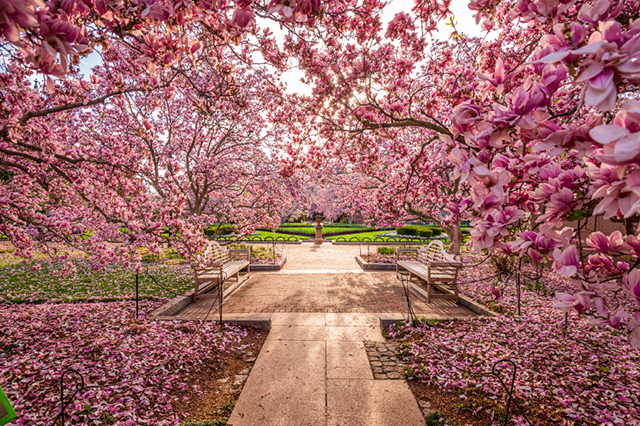 Avoid the summer heat, winter frost, busloads of tourists with clicking cameras and high hotel rates by visit during the fall or spring. Visit from September to November to admire the changing leaves and Indian summer, all the while spending your budget on fun activities instead of high hotel rates. Visit from March to May to stumble upon the National Cherry Blossoms Festival and enjoying the sun while adoring the many monuments.

About the Author: Milou van Roon runs a Digital Media Agency called Explorista Media that is dedicated to making travel brands into online rockstars. She’s hardly ever home in The Netherlands, and regularly abuses the European low cost flights under the excuse of 'blogging about it’ on budget travel blog http://explorista.nl/en/. Be sure to follow her adventures on Instagram (@Explorista).